I’m not certain if it was Stacey’s intention, but the name Henrietta and the merry mottled colors of this braid remind me of a book my Granny read me as a kid, The Tale of Henrietta Hen.  I purchased the braid on a complete whim, after finding out from David that he & Stacey had been friends many years ago. 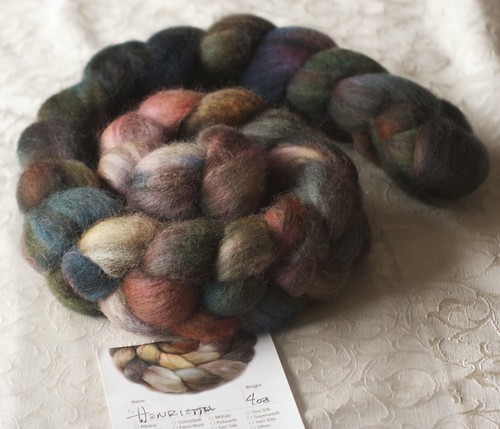 And an illustration from the book: 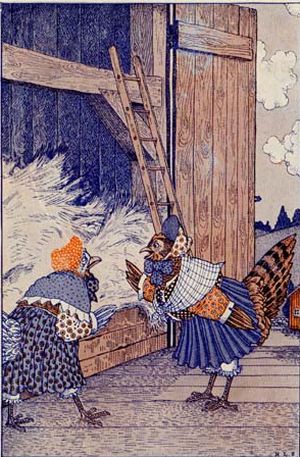 So not a complete match for colors, but a reminder, one of the other.  This braid is dyed on a striped base; it’s dark and light BFL.  That means the singles will barberpole naturally.  The braid also progresses from mostly light at one end to mostly dark at the other.  I have been reading a lot about fractal spinning, where you make one ply of a full color transition and then the other plys are splits, and wanted to try that.  I decided to split the brain in half, and then split one of the halves in thirds. 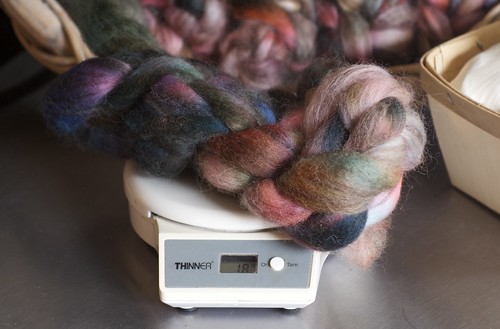 It didn’t quite work out that way; I ended up with uneven initial splits when I weighed them, so I took a fourth split off the single, and ended up with these: 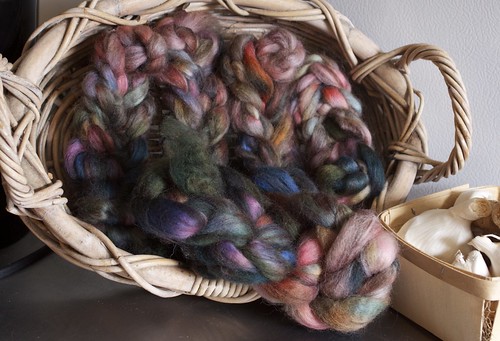 The small split on the right in the basket has less of the dark color; it’s the final piece.  I kept weighing it as I was splitting it to make certain I ended up with equal weights.

These are put up as crocheted crochet chains, btw.  I find this a tidy way to store them, and easier to work from than the long ropes.  I make a crochet chain, and then make a crochet chain from that, starting from the same end I started the first chain.  That way as I pull the thinner chain to spin it, I’m also pulling the second level chain.  Maybe this makes sense.  It works well for me.  🙂 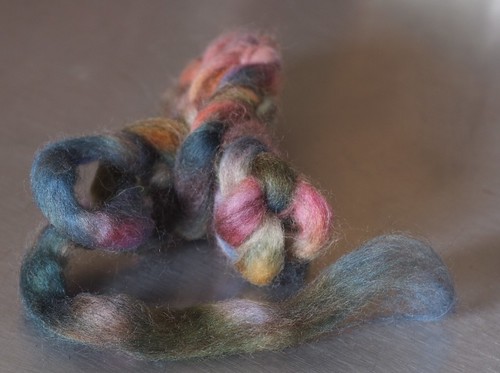 I’ve started spinning, and I love it.  Watching the colors transition is enchanting.  I’m working on a low twist fluffy long draw, aiming for a sport to worsted-ish weight two ply.  I keep plying the yarn back on itself to see what it looks like, and I’m happy with the yarn so far. 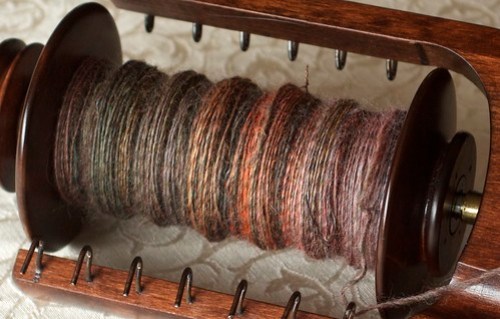 I’ll see what sort of yardage I get.  I would like to make this into a little semi-circular shoulder wrap.  If I don’t have enough from this braid, I may stripe it with another Stacey braid called “Wine Stains.”  We’ll see! 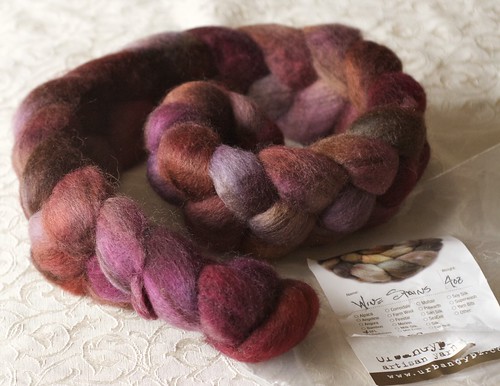